Our 9 Favourite Frozen 2 Spots Around Iceland

6 years ago Disney’s Frozen film first debuted and everyone seemed to have “Let it go” stuck in their heads. In 2019 a sequel to the film was finally released to the excitement of Frozen fans everywhere. Before the film was even released it became obvious that one country in particular had a special influence on the film.

Iceland is known for its rugged landscapes, rolling hills, and of course its frozen features – making it the perfect muse for Frozen 2´s scenery and colour palettes. The creators of Frozen 2 took a lot of inspiration for the film from the varied landscapes of Iceland. In multiple scenes you can spot telltale Icelandic natural features and some features are almost identical to some of Iceland’s most beautiful natural sites.  If you loved the film and want to plan your trip around some of the featured sites and sceneries in the film we recommend you keep reading!

These black sand beaches were the first clue released that tipped viewers off about Iceland’s heavy influence on the film. The director of Frozen 2, Chris Buck, did mention that Djúpalónssandur in Iceland’s Snæfellsnes peninsula was a big inspiration. And the giant rock formations seen in the film are nearly identical to those seen at Reynisfjara beach on the south coast of Iceland which is known for its massive and dangerous waves.

Please do not attempt to walk into the waves like Elsa did in this scene. The waves at Reynisfjara are to be taken seriously. The undertow is very strong and once you are in the water it is very unlikely you will be able to make it back out.

Iceland is as its name suggests is a place where you can find great deals of ice. Ice queen Elsa enters the frozen Ahtohallan during the film which from the outside looks like many of our outlet glaciers here in Iceland. 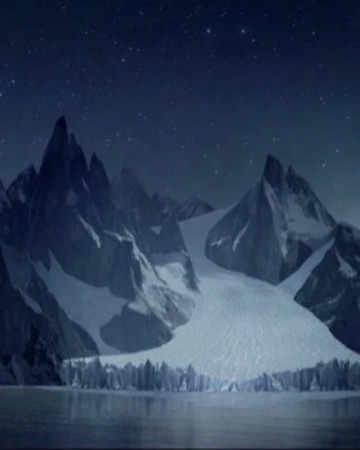 Fjallsárlón glacier lagoon is a great place to visit if you want to see what the outside of the Athohallan looks like. You won't be able to go inside like Elsa did - she is an Ice Queen after all! But you can get a really great look at the area by joining a glacier hike and glacier lagoon boat ride tour!

In what appears to be the beautiful glacial canyon Ásbyrgi in the north east of Iceland you can find the hidden people (Huldufólk). 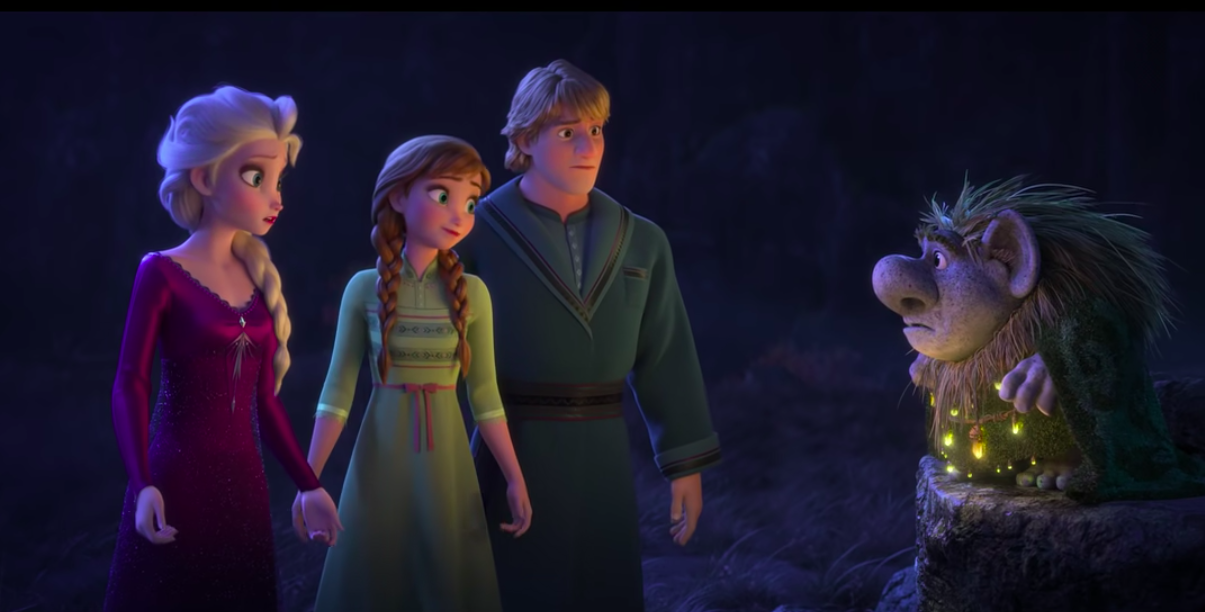 In Iceland many people still believe in elves and some can even see them! Multiple Icelanders claim to be able to speak for the elves and in the past one woman even assisted with organizing a construction site so as not to disturb any elf homes! In one scene we can see a mountain which looks like one that is very near and dear to Icelanders: Mount Herðubreið.

This is Iceland's national mountain as voted by Icelanders in a poll taken in 2002. The mountain is 1682 m (5518 ft) tall and has a distinct shape because it is actually a volcano which used to have a glacier on top. The table top shape you see indicates a glaciers presence at the time of eruption. The mist coming off the bottom of Skógafoss waterfall looks just like the mystical forest that Elsa enters in the film.

Although we don't recommend trying to walk through the waterfall you can get a pretty amazing photo in front of it. Don't forget your waterproof clothes though, you will get wet! There are quite a few picturesque canyons in Iceland. Stakkholtsgjá is one of our favourites and it's a little less known than its popular counterpart Fjaðrárgljúfur.

The scene in which Elsa looks out the castle window definitely draws inspiration from Iceland’s tall walled canyons. In the film we can see the continuation of a colour palette that is rather unique to Iceland. This suggestion is not so much where to visit but when to visit. You might assume that because Iceland has so few trees the fall season is pretty uneventful here but you would be incorrect.

The mountain sides light up with the yellows and reds of autumn. But you’ve got to be quick to see Iceland in fall - this season is notoriously short here before the seemingly never ending winter comes! On Langjökull glacier you can find quite a unique attraction called Into the Glacier. The company operating these tours have actually created a tunnel inside the glacier giving visitors the unique opportunity to visit the man made ice cave year round. During one scene a spectacularly pointed mountain is shown which we believe was inspired by some of Iceland’s pointiest mountains. Mount Kirkjufell is one of the most photographed spots in Iceland and certainly the most well recognized spot on the Snæfellsness peninsula. Photographers are met with a challenge to get both the waterfall and the mountain at just the right angle so that the unique shape of the mountain is well highlighted. 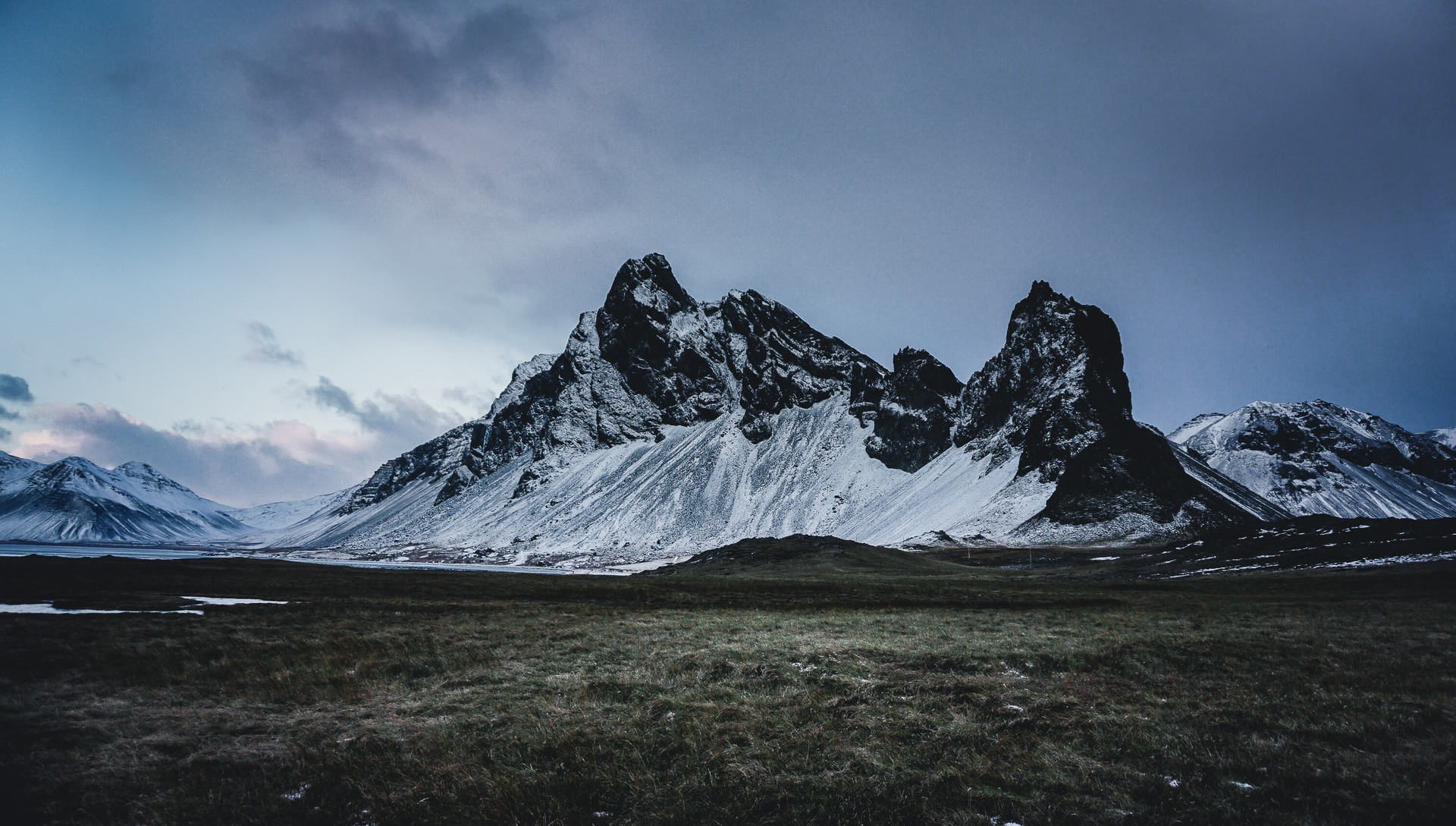 Mount Eystrahorn is a very pointy horned mountain located in the east of Iceland. It is part of the Krossasnesfjall mountain range which is connected to Mount Vestrahorn. There is a really vast array of wildlife in this area during the summertime making it an excellent place for hiking.